Before forming Boigon Law, Mr. Boigon served as a partner in the natural resources section of a large Denver law firm and later as a partner in the Denver office of a global law firm, where he also specialized in natural resource law. Between those two law firm experiences, he spent 12 years as general counsel and senior executive in two Denver-based public companies that explored for and produced oil and gas both onshore and offshore in the United States. This combination of large law firm and industry experience has given him a unique ability to combine legal rigor with practical problem solving in counseling his clients.  He  has also been an industry advocate in legislative and regulatory matters and served as the chair of the oil and gas industry’s statewide trade association, giving him insight into the challenges facing industry and its stakeholders alike.  Mr. Boigon has been an active participant in the governmental process, as advocate, lobbyist, and advisor to political leaders, at state and national levels, and has helped to shape legislative and regulatory policy in key areas.

Mr. Boigon’s experience includes advising exploration and production companies on acquisition and disposition of properties, drilling and development agreements, joint operating agreements, master service agreements, drilling contracts, gathering and processing agreements, and production purchase agreements, covering both onshore and offshore properties. On the finance side, he has experience with reserve-based lending agreements and related mortgage security documentation, private equity, and structured finance. He has advised energy companies, public entities and landowners on land use matters relating to oil and gas development, and regulatory compliance and enforcement. He is an expert on industry joint operational issues and has testified as an expert witness in industry disputes involving joint operating agreements.

Mr. Boigon has played a key role in the development of policy affecting the industry. He was a principal author of the extensive 1989 revision to the standard oil and gas industry onshore operating agreement that became a model for the development of standardized operating agreements in other industry contexts. He has lectured and written widely on joint operations in the extractive industries, land use issues, regulatory policy, and other aspects of oil and gas law and practice. He helped to lead the oil and gas industry’s participation in the Colorado Oil and Gas Conservation Commission’s extensive overhaul of industry regulation in 2008. In 2007, he was principal drafter and the oil and gas industry’s chief legislative advocate of Colorado’s innovative legislation, Senate Bill 237, on reconciling competing land development and oil and gas operations in the greater Wattenberg area of northeast Colorado. He has testified in the Colorado general assembly on many occasions on issues affecting oil and gas law and policy.

Mr. Boigon has experience as an advocate in industry disputes and enforcement matters in judicial and administrative forums and arbitrations.

Prior to founding his law firm, Mr. Boigon was a partner in the Denver office of Hogan Lovells, a global law firm. Before joining Hogan Lovells, Mr. Boigon served as Vice President, General Counsel, and Corporate Secretary at Westport Resources Corporation, an NYSE exploration and production company, and prior to that he was Director, Vice President, General Counsel, and Secretary at Basin Exploration, Inc., another public exploration and production company. He began his legal career with the Denver firm Davis, Graham & Stubbs, where his practice focused on the practice of natural resources law, including oil and gas, mining, and public lands. 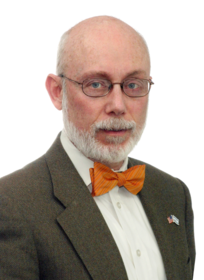 Howard L. Boigon is the founder and sole member of Boigon Law Ltd, a Denver boutique law firm focused on the practice of natural resources law, with a particular focus on the upstream oil and gas industry, both in the United States and internationally. Howard founded Boigon Law in 2014 after over 40 years experience in large law firms and as general counsel of publicly traded exploration and production companies. His objective in starting his own law firm was to bring his big firm capability to the affordability and personal attention that a small firm can offer. Boigon Law welcomes complex legal or policy challenges as well as the opportunity to counsel entrepreneurs and enterprises large and small on their ongoing business activities in the natural resources industry. Clients have included the full range of stakeholders engaged in or affected by the industry. Mr. Boigon is available to collaborate with other counsel and to assist in dispute advocacy and resolution on natural resource industry matters.